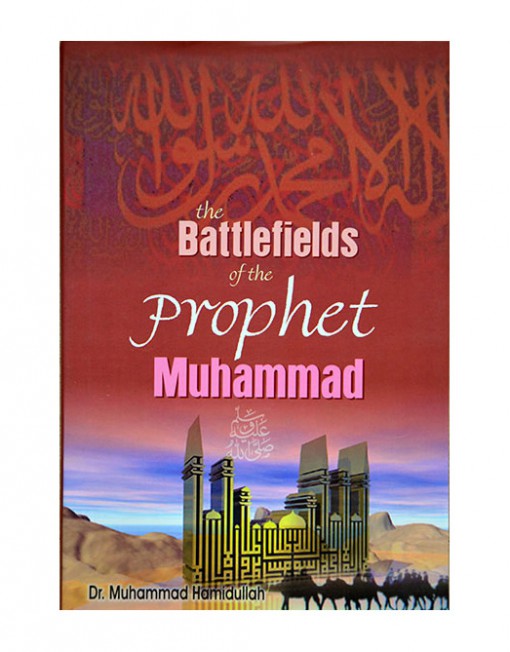 The Battlefields Of Prophet Muhammad Saws

This book is an important contribution to Muslim military history. A prophet as a commander of an army is more in the interest of humanity than even the greatest military genius from among lay men. This book covers specifically the Prophet’s (pbuh) military leadership, his battlefields, and related aspects. Included are photos and illustrations of fields, territories, paths, and more.
The Author has himself written this book in French, Urdu and English and translation have been carried out in Arabic, Persian, Turkish, Malayalam & Sindhi.

Professor Dr Muhammad Hamidullah(1909 – 2002) widely known across the Islamic world, in the Indian subcontinent and in Europe and North America for his seminal and outstanding contributions to the advancement of Islamic learning and to the dissemination of Islamic teachings in the Western world,

A highly significant and original contribution of Professor Hamidullah pertains to the discovery, editing and translations of some rare and invaluable manuscripts relating to Hadith, Sirah, Fiqh, Islamic history, biographical literature and medicine.

Biography of the Prophet Saws