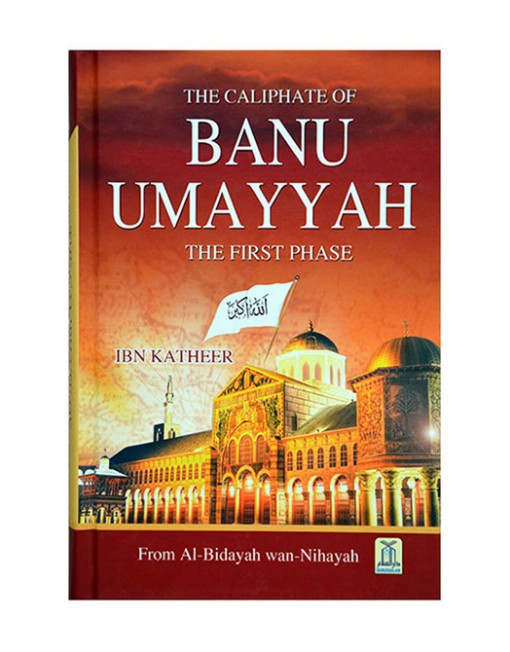 Abridged English translation of the classic work: Al-Bidayah wan Nihayah, which covers the Caliphate of Bani Umayyah. It starts from The rule of Mu’awiyah bin Abi Sufyan in the 41st year of Hijrah up to the rule of Caliph Marwan Al-Himar in year 132 of the Hijrah.

The Umayyad Caliphate بنو أمية (c. 661-750 CE/41-132 AH) was the second of the four major Islamic caliphates established after the death of Rasulallah.

Although the Umayyad family originally came from the city of Makkah, their capital was Damascus. At its greatest extent, it covered more than five million square miles (13,000,000 km2), making it one of the largest empires the world had yet seen, and the seventh largest contiguous empire ever to exist.

Al-Bidayah wan Nihayah (The Beginning and The End) by the renowned scholar Abu Al-Fida ‘Imad ad-Deen Isma’eel bin ‘Umar ibn Katheer is considered one of the most authoritative sources on Islamic history.

This Books covers many Important Names Including

About Imam Ibn Kathir
He was Hafidh Abul Fida Ismail ibn Abi Hafs Shihabuddin Omar ibn Kathir ibn Daw ibn Kathir in Zar` the Quraishite ï¿½ originally from Busra (Syria) ï¿½ and raised in Damascus. He followed the Shafi`ee school of thought. Ibn Kathir was born in the year 701 AH in an area called Majdal, near Busra, west of Damascus. His father died when he was only four years old and was taken in by his brother and moved to Damascus in 706. Here, he learned from great scholars such as Ibn Asakir, Ishaq ibn Yahya al-Amudi and the great Ibn Taymiyyah who was extremely close to him. He also studied under various other sheikhs who gave him permission in fiqh and Hadith. He made many academic contributions to Islamic sciences.

Al-Hafiz Ibn hajar Al-Asqalani said,ï¿½Ibn Kathir lost his sight just before his life ended. He died in Damascus in 774A.H. May Allah grant him Mercy and make him amongst the residents of Jannah(Heavenly Garden)

Lives of The Noble Caliphs | Ibn Kathir From Bidaya WanNihaya